2020
Things we won’t miss from last year:
The Rule of Six • Self-isolation • ‘Stay alert!’ • Tiers • Superspreaders • ‘Hands – Face – Space’ • Virus Clusters • Contact-Tracing • Redundancies • Elbow-bumps • Furloughs • Padlocked playgrounds • Five-person bubbles • Lockdowns • Pie-charts • ‘R-rates’ • Empty streets • Empty shops • Empty pubs • Empty theatres • The cold stink of hand-gel • Facemasks that steam up your glasses • Zoom…
But in spite of everything, bad times brought out the best in many people – as often happens. And we all realised that the best-paid don’t always do the most important jobs.
As a result, Key Workers gained long-overdue Respect, and Communities everywhere were reinforced by Thursday night displays of appreciation of them.
Also, the words ‘Black Lives Matter’ and ‘Mutual-Aid’ emerged to offer a way forward. It wasn’t all bad.

today
Sunrise today marks the beginning of shortest day of the year. From now on, they get longer, and the nights get shorter. It is a day which has been celebrated ever since the first Stone-Age scientist realised its significance. It meant we could now roughly calculate how to share our food reserves to make them last until Spring. We were reminded of the Summers when the living was easier, and looked forward to them.
It was a time of Hope, because even if the nights were still cold, we knew from the position of the sun that there were better times coming soon. That Hope, based on Science, helped to keep us working together to make the most of the future, rather than fighting each other for the last stores of nuts and dried meat.
Without it, the idea of society would have been almost impossible. The same Sun shone on us all, as it still does.
This midwinter, we don’t have the same hopes as Cavemen. But we have just as much reason to believe there is a future. And we have proved this year that we have the same ancient ability to support each other through dark times – that helping each other works.

2021
Hopefully, Science will soon have partly solved some of our most immediate problems. And then we can carefully try to start living again, and be able to shake hands without fear.
However, Science alone cannot repair the economic damage done by the Pandemic, or help with Britain’s undoubtedly uncertain future in a world already facing huge environmental and economic challenges.
One thing is certain. The various problems next year throws at us will be easier to bear if we look after each other.
Because if we don’t, who will?

Can residents please check the metal cabinets on the walkways (underneath bathroom windows) for signs of leakage.
Some pipes from the kitchens and bathrooms are corroding badly.
One pipe failed spectacularly recently and flooded the three flats beneath down to the ground floor.
Water would still be pouring if the family at the source of the leak had not taken the decision to do without their bathroom and kitchen in order to prevent inconvenience to neighbours – at huge inconvenience to themselves.
On inspection, the fault proved to be a severely corroded waste-pipe in the walkway access-cabinet. There was a rupture along the length of the underside of the exposed copper pipe, which was paper-thin and crumbling to the touch.
The fault was clearly not the result of accidental fracture, or negligent installation, but long term corrosion. The other pipes and fittings in the cabinet also showed signs of their age and lack of maintenance.
It is highly likely that this kind of problem will happen elsewhere on the block, and clear that a complete survey of all pipework inspection-cabinets should be made as soon as possible with a view to wholesale maintenance.
report leaks from cabinets to efe.urubusi@southwark.gov.uk

This case also raised serious questions about Southwark’s ‘Emergency Repairs’ service, which took from Sunday afternoon to Thursday afternoon to take decisive action; and about LBS departments which repeatedly mislaid fault reports from 3 separate flats, and which continually and blatantly passed the case between each other and round again in a contemptuous circle.

Thanks to everyone involved in the ceremony in the garden for such an expression of confidence in the community.
Anyone witnessing it would have felt the honour of being chosen to host the event.

Thanks to Covid19 for a timely discovery.
One of the donations to the new library was the Eagle Annual volume 9, a new kind of magazine from way back in 1959. Boys of a that vintage will remember The Eagle as the embodiment of post-war modernity and style; with its striking A4 scarlet and black graphic cover and high-quality colour printing.
The detailed instructions of how to build a rocket launch-pad, tales of lost worlds and extinct monsters, and constant fantasies about the future were intended as an antidote to the power-worshipping post-war ‘Yank-Mags’ in which every problem was solved by brute force or magic. The Eagle was educational entertainment packed with history, technology and science.
And yet even this emblem of change still clung to the habit of glorifying the criminals of Empire, for on pages 93-7 is a glowing bio-cartoon of none other than the infamous warmonger Cecil Rhodes, complete with heart-rending death-bed scene and the last words “So much to do – so little done.” Plus (literally) incredible tributes from the people he oppressed.
1959 may seem a long time ago, but the point is that it is within the lifetime of many people still alive who may therefore have passed on their misconceptions to a younger generation. And as we have seen, the same mistakes are still being made now.
The Rhodes memorial is probably to be removed from its plinth in Oxford this month. The question for us is, do we keep this volume of a vintage boys’ magazine in our library?
It will certainly guarantee straight-A’s if used as project source-material.

When Juniper became a Tenants & Residents Association five years ago on June 25th 2015, I allowed myself to be elected Chair. Initially, I wasn’t very confident, but was lucky in having a lot of help from a supportive community. And soon, the job became not just a duty but a pleasure.
Making things work is fun – like the succesful bids for bike-sheds and drinking fountains.
On the other hand, watching projects blocked by short-sighted bureacracy is disappointing – as with the solar PV project. But either way, both experiences feel more alive than doing nothing and complaining about it.
An organisation like Juniper is always trying to discover what a community means, mostly by a process of trial and error. It is designed to try and bring people together. Covid19 was designed to keep us apart. And yet, on the first NHS Balcony night (March 26th), joining in with my neighbour Mrs Yusuff setting the rhythm on her drum, I heard a whole community acting together for the first time in over 5 years. Nobody could have felt ‘apart’ on those nights.
The next five years will hopefully see more fun and fewer disappointments, but only if we can keep some of the commitment we displayed when we applauded our Front Line workers. Covid19 has destroyed too many lives and hopes to be allowed to get off scot-free. The best way to get our own back is to replace some of the dead hopes with new ones, and make them real. Otherwise the virus will have won.

When the Juniper Tenants & Residents Association was formed in June 2015, there were still genuine fears that the block was in danger of demolition. The same was true in 1978 when Juniper was a wreck, with much of the plumbing and cabling stripped, people living in the roof, and Juniper Coop was founded to reclaim the block for public housing.
Now, the future of the building is secure, the Coop is dissolved, and we have £30,000 in the bank to spend on community projects – but infuriatingly, have no way of doing so at the moment. Plus our lives are disrupted by a global problem we’ve never faced before.
It stands to reason a journey like that means there are many untold personal stories which are worth sharing, from new and long-term residents alike.
If anyone would like to contribute any words or photos to the luxury 100th edition of the Newsletter, please deliver by 20/06/2020.
(sec.junipertra@gmail.com} 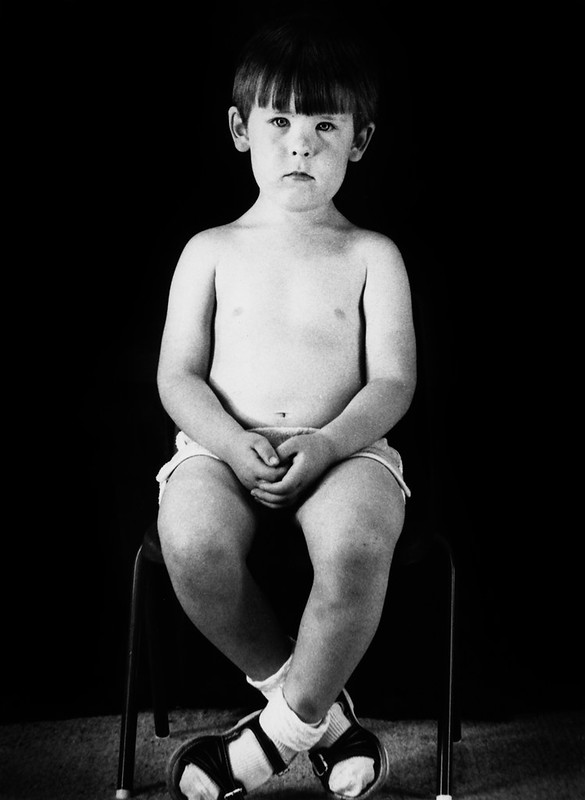 2. Distribution and inspection of Instrument of Dissolution.
Copies of the Instrument, and related documents, were distributed for inspection.
The treasurer gave a brief summary of the implications of Dissolution, stressing that any funds passed on to Juniper TRA could only be used for the general benefit of the community. And also pointing out that the task of running two organisations at once was unsustainable.

2. Discussion.
Q) to Richard Amoah (LBS). Would it be possible for Juniper Coop to write a cheque to Juniper TRA as soon as the Dissolution Proposal was passed tonight?
A) Yes, with the proviso that the TRA might not qualify to its annual grant if it is deemed its reserves are too large.

3. Proposal.
‘Following the termination of the Management Agreement with Southwark Council in 2015, we resolve to dissolve the Coop following the disposal of all its assets.
We agree to transfer all the remaining assets of the Coop to the Juniper House TRA, with the proviso that the TRA only uses these funds to meet the Coop and TRA’s agreed objectives in interest of the Juniper community.’
Following the transfer of its assets, the Coop’s Management Committee will initiate the formal dissolution of the Coop with the Financial Conduct Authority.’
Proposed Aftab Hussain. Seconded: Tim Burrow. Passed Unanimously.

4. Other Business.
The Instrument was signed by all members present. The remaining permissions required to be collected door-to-door. Tim and Coralie volunteered to assist.
Identification distributed on sealed Juniper Coop notepaper.
75% of membership permission required.
There were various expressions of regret that a 40 year era was ended, given the role Juniper House Co-operative played in extending the life of Juniper House, and in providing an example of grass roots community action.